When we talk about breast cancer, we often talk about genetic testing. But what exactly does it evaluate? Who should get tested? And when? Melanie McDermet, Sr. Genetics Counselor at Winthrop University Hospital joined us at the December installment of our Be Informed Lecture Series to answer those questions and more. Read on for highlights on topics including what it means to carry a genetic mutation, what role family history plays, and what exactly BRCA1 and BRCA2 mutations are.

Most cancer is sporadic.

According to McDermet, 70% of all cancer is sporadic in nature, meaning that it comes from neither genes nor family. “Cancer is primarily a condition of aging. As we get older, we acquire mutations throughout our lifetime,” she said.

She explained that DNA makes new DNA every day, and in the process, it makes mistakes. These mistakes can collect over time. They are usually corrected naturally. However, when the body fails to correct them, a tumor happens.

Cancer may run in families, but that does not always mean that it’s genetic.

Familial cancer and hereditary cancer are not necessarily the same thing. Families share genes, but they also share habits, diet, environment, and lifestyle. In some instances, cancer seems to run in families for those reasons, that are neither hereditary nor genetic.

Certain clinical features raise suspicion that a cancer may be genetically driven. Age is, perhaps, the biggest indicator of a hereditary factor. “The younger you are when you have cancer, the higher the chance that it is something hereditary or has a more significant genetic factor,” according to McDermet. Other hereditary cancer features include having multiple sites of primary cancer, instances of cancer in multiple generations, and unusual events, like male breast cancer.

Certain types of cancer are also more likely to be influenced by genetic mutations. These include breast, ovarian, uterine, colorectal, pancreatic, and medullary thyroid cancers.

BRCA1 and BRCA2 are part of a DNA repair pathway.

Remember how DNA makes and naturally repairs its mistakes as it replicates? BRCA1 and BRCA2, are the most important in a collection of genes that are part of a pathway that repairs some of those mutations.

Since mutations in the pathway impede DNA repair, these types of abnormalities are considered a “first hit” in potential cancer and tumor development. Other moderate risk genes in the same pathway include CHEK2, PALB2, PTEN, TP53, CDH1, and ATM. A breast cancer testing panel includes the whole pathway.

You can’t pass on a genetic mutation that you don’t have.

“I’m always getting this question, ‘If I test negative do my children need testing?’ and the answer is no. You can’t pass on a mutation that you don’t have, but you have to look at the other side of the family,” McDermet said. While we tend to focus on female lineage when it comes to breast cancer, men can also carry and pass genes. That’s why they, too, should be tested for both personal health and reproductive planning in cases of known family mutation.

A positive genetic test does not mean cancer.

Not everyone who carries a gene mutation will see cancer early or at all. McDermet said that she had patients come in for testing in their seventies and eighties who tested positive for a mutation but had not had cancer.

A negative test does not mean that you can stop screening.

“Negative genetic testing does not mean that you definitely won’t get cancer. We don’t want people to get complacent about going for mammograms and going for screening. You still have a general population risk. In some families where there is a significant amount of cancer, we may be concerned that there’s a gene there and we just can’t find it. In 2020, we don’t know all the genes related to cancer. You still want to be vigilant, even if your genetic testing is negative.”

It’s best to test the person with the cancer diagnosis first.

“First try to test the person who has the cancer diagnosis, because that’s the most accurate way to assess the risk for the rest of the family,” McDermet said. That testing allows genetic counselors to target any subsequent testing in children and relatives.

Children in families with a known mutation can be tested as young as 25 years old. “We’re not going to do very much before 25, unless someone was diagnosed under 35,” McDermet explained.

She does not recommend any testing for low risk individuals. “Right now, it’s just not going to be that informative for someone who is low risk to have testing.” Your population risk remains constant.

McDermet urged caution when considering direct-to-consumer DNA testing kids, like 23andMe and Ancestry. These products may neglect to test the full BRCA1 and BRCA2 genes. They also do not test the full breast cancer panel. Most importantly, they do not always return accurate results. “We’ve seen some false positives, and we’ve seen some people get very scared, and retested them, and it was negative. I would say just start testing through a medical office.”

When it comes to genetics, we’re still learning.

“This information changes. It’s changed quite a bit in the last seven years. It’s changed even in the last two or three years,” she said. For this reason, people tested before 2014 may want to be re-tested for a complete panel. “What we know now about mutations that we’ve identified may be different in the future.”

Genetic testing can inform both treatment and planning, but at the end of the day, McDermet stressed that it’s only one piece of the puzzle. “Medical decisions should never be made based on the genetic tests alone.” 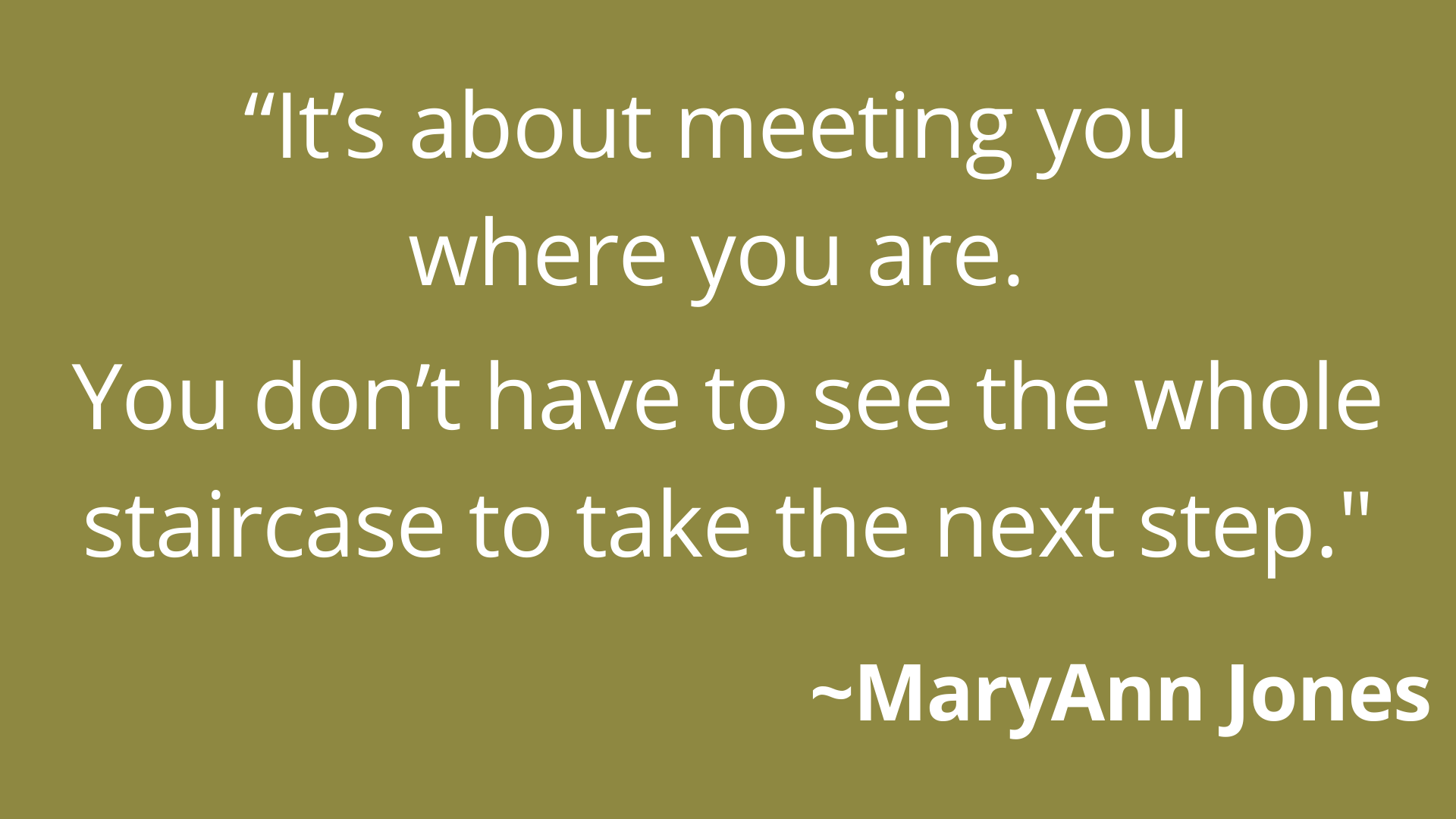 Most people consider fear to be a powerful motivating force, but according to Certified Functional Health Coach MaryAnn Jones, there’s a better way to promote…