The Twist That Turned Marie to NYBRA 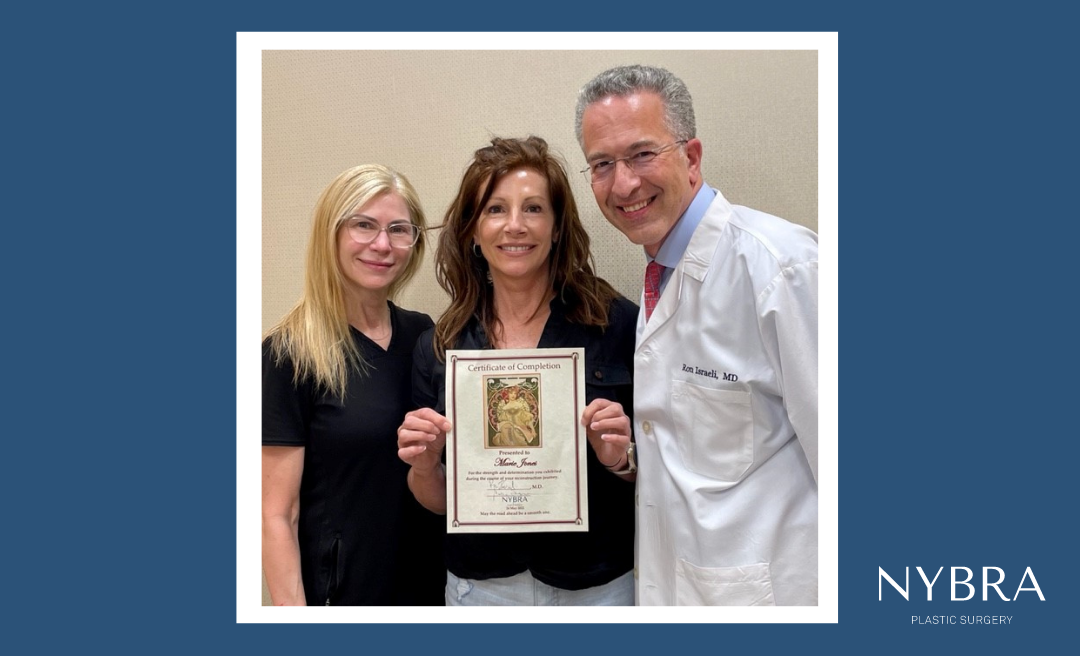 Marie was diagnosed with breast cancer in 2006.

“I had two lumpectomies and then a bilateral mastectomy in 2007. Then, there was still cancer in the margins, so I had to have another surgery. It was a tough road, it really was,” she said.

Unfortunately, that tough road did not end when her breast cancer treatment was complete. It continued to twist and turn for over a decade. Marie underwent implant reconstruction at the time of mastectomy, along with chemotherapy. In 2009, instead of continuing to recover, she fell ill. Her symptoms were that of an autoimmune condition: mouth sores, a rash on her face, rheumatoid arthritis, headaches, fatigue, difficulty with memory and focus. An MRI revealed lesions on her brain. Her rheumatologist and neurologist worked in tandem to address her symptoms.

Marie was a medical technologist and licensed cosmetologist who was working in a plastic surgeon’s office. Her medical issues reached a point where she could no longer adequately perform in the operating room.

“As a licensed hairdresser, I was able to start up a medical spa, but I just continued to get sick. My memory, my arthritis—I couldn’t hold anything for any length of time or open a jar or a bottle—they were just debilitating. I was on multiple medications. One medication led to another medication, because of the side effects,” she explained.

Marie was placed on permanent disability. As a fit, active woman in her fifties, her new physical limitations took a psychological toll. She said that the disconnect between her appearance and her reality were particularly devastating.

“It really affected me emotionally. If you looked at me, I was very much in shape. I’m a gym rat, and I have been my whole life. People would look at me and think ‘she’s OK, she’s fine.’ I was a young woman not able to work.”

Amid her autoimmune issues, Marie also experienced discomfort at the site of her breast reconstruction. She was completely unmonitored at the time, which meant that she simply lived with the problem.

“I was never told that I needed to have an MRI of my breasts,” she said.

It was only via a chance encounter with Dr. Ron Israeli that Marie learned she needed any type of implant monitoring. She accompanied her sister on an appointment with Dr. Israeli that related to a breast augmentation. When he asked about whether anyone in the family had had breast cancer, Marie shared her history.

An MRI revealed that both of Marie’s breast implants were ruptured. In addition, her reconstruction had been completed using cohesive silicone implants that have since been recalled due to their relationship to BIA ALCL, a type of large cell lymphoma. Not only had her doctors not followed up with her, they never notified her of her recalled implants.

“If it wasn’t for Dr. Israeli, I’d still be walking around with ruptured, recalled implants.”

Dr. Israeli removed both implants and performed bilateral DIEP flap breast reconstruction in April of 2021. As she recovered, Marie found that some of her autoimmune issues began to improve.

“The dry eye cleared. I haven’t had a rash on my face or sores in my mouth. The arthritis is even a bit better,” she said.

Marie attributes this recovery to the implant removal surgery, particularly since her implants were ruptured. Since her revision, she has learned more about breast implant associated illness, a cluster of medical issues that some doctors and patients believe to be related to breast implants. Marie feels that she was among patients with whom breast implants simply do not agree. Now, she said she wants more women to be aware of signs and symptoms of implant issues and to know their other reconstructive options.

“Let them be aware that if they do start to feel ill, it could be correlated. I know how important breasts are to a woman—or at least to me—but give them options.” 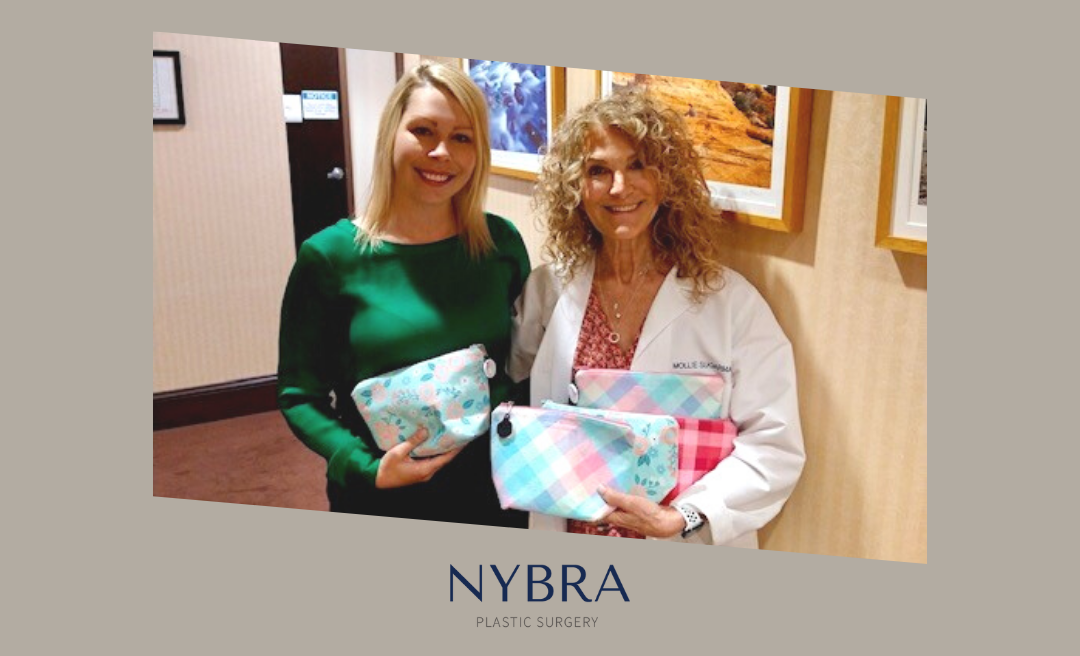 A Visit from the Breast Cancer Comfort Foundation

The Breast Cancer Comfort Foundation recently paid our practice a visit to drop off some chemotherapy comfort bags! These curated collections of personal care items…